Turn British is not only a home loudspeaker, but also a home decoration that epitomises Britishness. It combines British architecture in terms of shape and pattern in a new user-interactive way which was inspired by the grandfather clock. The first grandfather clock was made by a British clockmaker in around 1680. The way to keep the clock working is to pull the weight up to the top regularly.
Turn British adopted this idea so that the user could change channel through dragging and turning the belt right or left, using the same action as keeping the clock working. Turn British could also be smart and remote-controlled. This not only preserves the British culture of punctuality, but also retains the history and elegant appearance of a Roberts Radio.
Created as part of the Roberts Radio & Glen Dimplex Design Live Project Competition 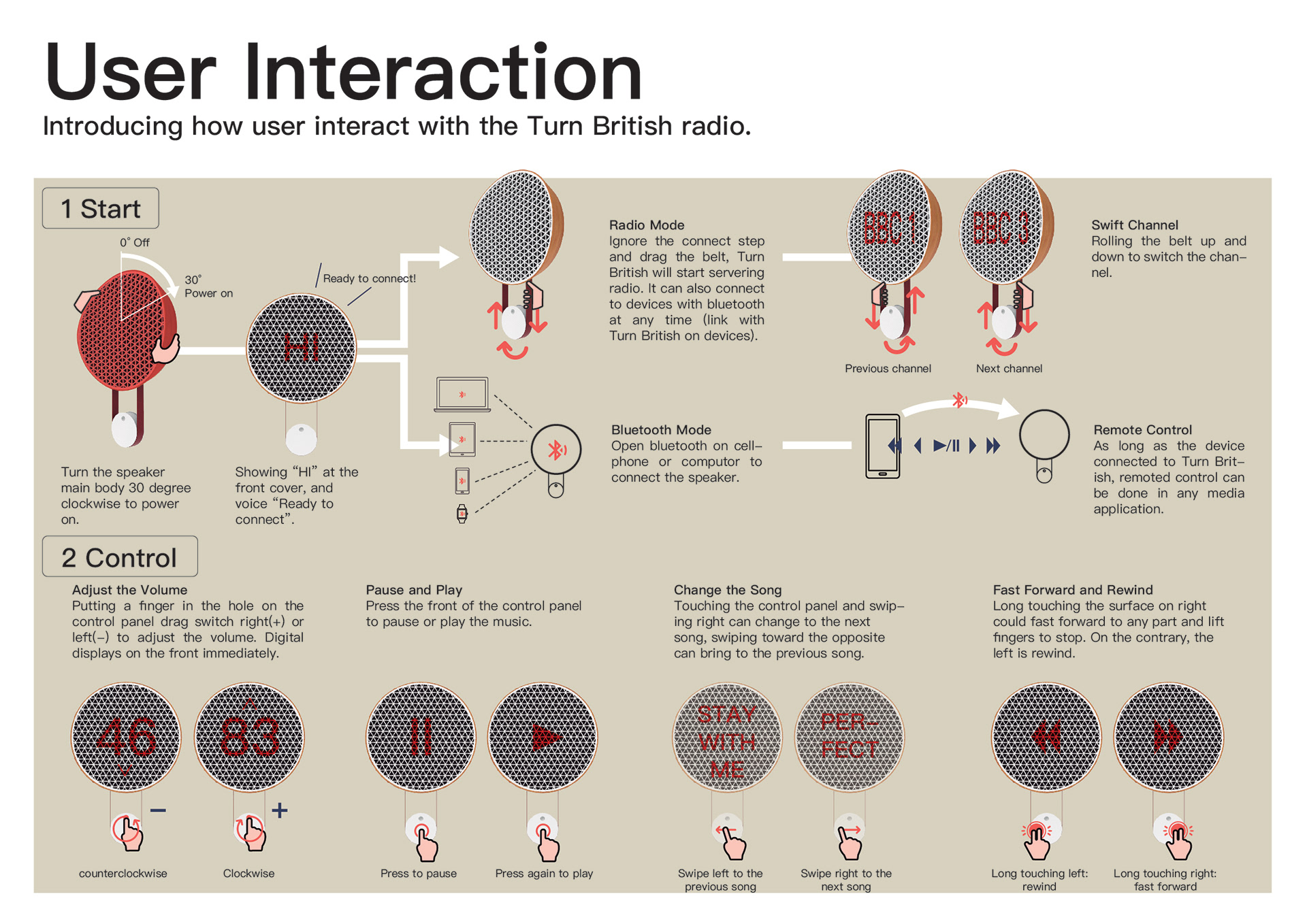